Home
Educational Weather Articles
What Does Humidity Percentage Mean and What Is High Humidity?

Humidity is one of those things we all have some intuitive grasp of, but what exactly is it? Simply put, humidity attempts to quantify how much moisture is in the air. This is important for answering both meteorological and non-meteorological questions like “will it be cloudy today?”, “Will it be foggy today?” and “how hot will it feel when I go outside?”.

Humidity can be confusing, though, because different people use the term to mean different things. In this article, you’ll learn how to measure humidity and what it all means for you.

What Does Humidity Percentage Mean?

Each pocket of air can only hold so much water vapor. This amount changes with temperature. Warmer air, for various physical and chemical reasons, can hold more water vapor than colder air.

This is different from absolute humidity, which is a measure of how much water vapor is actually contained within a given amount of air, regardless of the air’s temperature.

The best way to keep relative humidity and absolute humidity straight in your head is to imagine three cups of water: a 6oz, 9oz, and 12oz cup. Each cup represents a different air temperature.

As the temperature increases, the air’s capacity (or, in this case, the cup’s capacity) to hold moisture also increases.

If you filled all three cups with the same amount of water (6oz, for example), the 6oz cup would be full. The cooler air chunk, represented by the 6oz glass, is said to have 100% relative humidity.

Most people come across relative humidity more often. That said, absolute humidity is usually more relevant to your daily life (with a couple of exceptions, discussed below).

The dew point is the most common measure of absolute humidity that is communicated in TV weather reports and weather app forecasts.

That magic temperature is the dew point, and it helpfully coincides with the temperature at which dew forms on surfaces, as the air can no longer hold all that water vapor and must lose some in the form of water droplets.

The dew point is generally the number to watch if you want to know how it’ll feel walking out the door or if you want to know to what extent the humidity might wreck your hairdo. Everyone has a different sensitivity to humidity, but my personal guideline is that a dew point below 50°F is comfortable, 50-60°F is noticeably more humid, 60-65°F is humid, 65-70°F is extremely humid, and anything above 70°F is just wretched.

Your mileage may vary. Suppose you’re accustomed to the sweltering humidity of Florida. In that case, you might find a 60-degree dew point quite comfortable. In contrast, those acclimated to the bone-dry deserts of Arizona might find 50°F dew points uncomfortably sticky.

What Does 100 Percent Humidity Mean?

100% relative humidity simply means that a given chunk of air has reached its capacity of water vapor and can’t accept anymore. If more moisture comes along, or if its temperature drops, it must shed water vapor in the form of water droplets. If this happens near the ground, you’ll see dew and/or fog. If it happens up in the sky, you’ll see clouds.

Suppose enough moisture is present higher in the atmosphere, and conditions are favorable for cloud droplets to collide and grow into raindrops or snowflakes. In that case, precipitation can happen even with relative humidity values well below 100% at the surface. However, in those cases, some of that precipitation will evaporate before hitting the ground. It is known as virga if all the precipitation evaporates in a layer of near-surface dry air with very low relative humidity.

Humidity reflects moisture that enters the atmosphere via evaporation (and, to a much lesser extent, sublimation). When water evaporates off lakes, oceans, and your car after a rainstorm, it enters the atmosphere as water vapor. This water vapor is measured as humidity, usually with a hygrometer. If too much water vapor ends up in one place, either due to converging winds or persistent evaporation from nearby water, you’ll feel it in the form of high humidity.

What is Considered High Humidity?

Everyone has a different definition of what they personally consider high humidity. In general, humidity outside is most usefully measured in absolute terms using the dew point. Personally, I consider any dew point over 60°F annoyingly high.

Inside, what counts as a high humidity percentage is a little more objective. The central problem with having too much humidity inside is that mold likes to grow in humid indoor environments. The EPA recommends keeping indoor relative humidity levels between 30 and 50% and no higher than 60% to prevent mold growth that could be dangerous to your health. Keeping indoor humidity levels low will also prevent other issues, such as peeling wallpaper or paint and damage to furniture.

You can measure indoor humidity using a simple hygrometer (often accompanied by a thermometer and a little display screen). Read our guide here to find a suitable hygrometer for your needs. Even if you don’t purchase one of these instruments, you can watch for signs of high humidity, including visible condensation, mold growth, fogging windows, clammy and moist air, and peeling paint or wallpaper.

How to Lower Indoor Humidity

If your indoor humidity becomes too high, you can take a few steps to reduce it. The most important one is to increase ventilation, especially if you live in a dry climate.

Opening windows/vents and turning on exhaust fans, especially during activities like cooking and showering that raise humidity levels, can help immensely. If that’s not sufficient, or you live in a climate with high outdoor humidity, consider purchasing a dehumidifier. Running your air conditioning can also regulate the moisture in the air but not to the same extent as a dehumidifier.

Why Is Humidity So Uncomfortable?

Our bodies shed heat primarily by sweating. When we sweat, moisture accumulates on our skin which then evaporates. This evaporation produces a cooling effect which keeps us from overheating. The drier the air is near your skin, the more efficient this evaporation process is and the cooler you will become as you sweat.

If the air near your skin is humid, so it’s already close to being “full” of water vapor, evaporation will happen much more slowly, if at all. This means you won’t be able to access the cooling benefit of evaporation to the same extent, and thus you’ll have a more challenging time cooling off. This is why dry heat is generally regarded as less unpleasant than sweltering humidity.

Some people also find that high humidity can wreak havoc on their hairstyles. When it’s very humid out, some of that water vapor swirling around in the air ends up sinking into your hair. Especially for people with curly hair, all that extra water can result in frizziness and/or more intense curls. If you need your hair looking a certain way when it’s humid out, plan ahead and get special styling products that will help keep the frizz in check.

In general, relative humidity is more useful inside to prevent mold and other damage to your home. In contrast, absolute humidity, reflected by the dew point, is a better indicator of how you will feel outside. 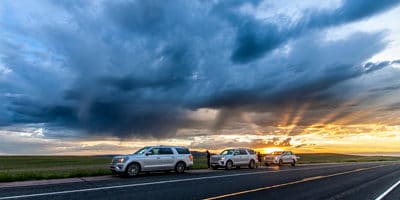 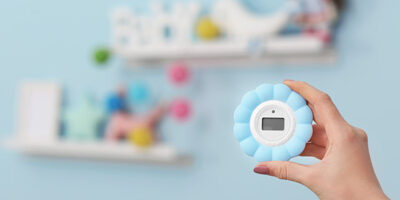 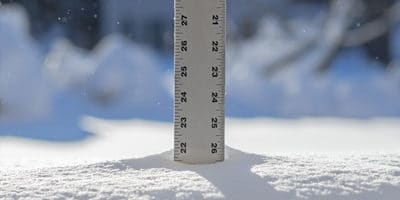 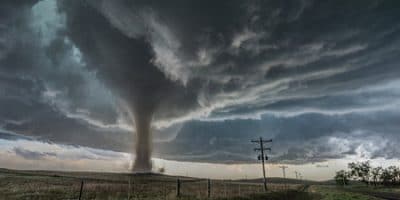