For example, here in the Northern Hemisphere a southerly wind often brings with it warmer air, while northerly winds typically usher in cooler air. In the eastern United States, east winds bring moist air and west winds drier, with the opposite happening in the West. Some of the windiest cities in the US are located in the Great Plains.

The speeds at which these winds blow vary. Winds are often light under the influence of a high-pressure system, while low pressure typically brings windier conditions. Keeping track of the wind and the weather conditions that follow can help you predict incoming weather by merely observing how fast and from where the wind is blowing.

You can do this at home by purchasing your very own personal weather station. See our buying guide for suggestions on which one to buy or learn more about weather stations in this article.

How is Wind Speed Measured?

Wind speed is a measure of how fast wind moves. In the United States and the United Kingdom, it’s measured in miles per hour, and elsewhere in kilometers per hour. In maritime and aeronautical applications it’s measured in knots. A knot is equal to one nautical mile per hour, precisely 1.852 km/h (approximately 1.15078 mph).

It’s important to mention here that the wind speeds you see on your nightly weather report are not the exact wind speed at any given time. It’s an average of the wind speed over the past two minutes, calculated from a series of 24 five-second average values. In other words, the reported rate is never precisely how fast the wind’s blowing at that exact moment. To confuse you even more, sustained wind speeds forecasted in hurricanes are actually a one-minute average!

You can also measure winds by visual observation using a system known as the Beaufort Scale. This scale uses a specific set of observable conditions on land and sea to estimate a range of the actual wind speed. While it’s not precise and becomes more inaccurate as wind speed increases, it’s a useful tool for estimation.

Meteorologists are also interested in another wind measurement known as a gust. This measurement is the highest instantaneous wind speed measured within the previous ten minutes. Gusts are only mentioned if the wind is at least 10 knots greater than the lowest recorded wind speed (from those individual readings taken to calculate the two-minute average).

Peak winds are also reported, which is the highest gust recorded since the last observation (observations are taken once an hour). Peak winds will always be equal to or greater than the wind gust reported as part of the observation.

The National Weather Service does issue advisories for particularly strong winds. There are several different types, including:

So, how are wind speeds measured? The instrument we use is called an anemometer, and there are two primary types.

The cup anemometer is the traditional instrument used to measure wind speed. It contains either three or four cups, conical or hemispherical, placed on their sides and attached to a central mast that can spin freely. As the wind blows, these cups spin and the number of times they rotate around is counted in a single minute, which is then converted to wind speed.

Traditionally, meteorologists had to do this count, which was sometimes very difficult to do in windy conditions. These days, a computer counts the rotation and makes the calculations for us, simplifying this process. Some professional stations and home weather stations use sonic anemometers to measure wind. They are often placed in extreme environments as they have no moving parts. The lack of moving parts minimizes maintenance costs and makes them more durable in adverse weather conditions (e.g., salty air and dust) than traditional cup-and-vane anemometers.

A sonic anemometer measures wind speed and direction by measuring how much the sound waves transmitted between a pair of transducers are sped up or slowed down by the effect of the wind. Unlike the cup anemometer, sonic versions can also measure wind direction, making a wind vane unnecessary in these setups. How is Wind Direction Measured?

Thus, a northerly wind blows from north to south, a westerly wind from west to east, and so forth. The most common way of measuring wind is by using a wind vane.

A wind vane (also known as a weather vane) is an instrument that shows you the direction of the wind. Wind vanes are simple in design—they consist of an arm with a fin on one end and a pointer on the other. This arm sits on a spindle which allows it to move on a horizontal plane with the wind. On decorative wind vanes, you’ll also have a fixed base to indicate which way is north, south, east and west. Other Instruments Used to Measure Wind

Another tool to measure the wind is a windsock. Windsocks are most commonly found at airports to indicate the direction and intensity of wind to pilots. They are also used at chemical plants and oil rigs where they help to reduce and monitor the risk of air contamination. Some people just like the way they look, and there are windsocks that are purely decorative.

A windsock points in the direction the wind is blowing to. So, if the tapered end of the windsock is pointing to the north, this indicates a southerly wind. You can also estimate wind speed by looking at the angle of the windsock relative to the mounting pole as the wind blows through it. Each alternating orange and white stripe equal 3 knots of wind speed, with a fully extended sock indicating wind speeds of 15 knots or greater (28 km/h; 17 mph). Wind speed and direction are an important weather measurement that is often overlooked. Most people are simply worried about whether it’s hot or cold and whether it’s sunny or rainy. Measuring the wind helps meteorologists forecast those weather conditions because the movement of air brings with it changes in temperature, and pushes storms along the earth’s surface. 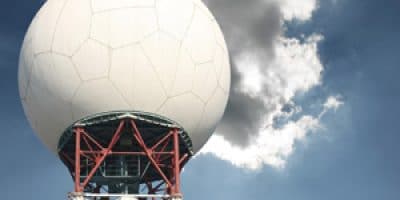 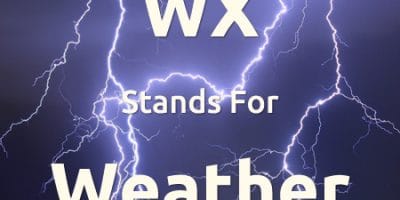 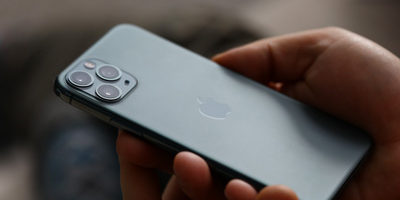 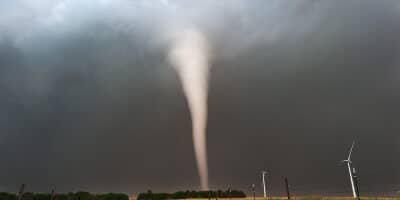