Home
Educational Weather Articles
What Is a Galileo Thermometer and How Do You Read It? Are you looking for an elegant yet functional method to monitor your indoor climate? Or do you need a gift idea for the weather lover in your life? A Galileo thermometer is a great conversation piece and matches just about any decor. Based on nearly 400-year-old concepts of physics, this decorative weather instrument actually works.

But despite its name, the Galileo thermometer was not invented by the great Italian physicist Galileo Galilei. However, he did discover the concept that the density of liquid changes as its temperature changes, which is how this thermometer works. For more on how they work and how to use them, read on.

What Is a Galileo Thermometer?

Galileo's work inspired scientists and researchers at the Accademia del Cimento of Florence to create the Galileo thermometer in the mid-1600s. One of the researchers on the team, Torricelli, had worked with Galileo on his research surrounding the thermometer's operation.

The overall design of these thermometers has not changed much in the 400 or so years since. A sizeable cylindrical tube is filled with a liquid, most commonly ethanol. Water is never used because liquids like ethanol show a more significant change in density as its temperature changes, making the thermometer more sensitive (and therefore more accurate).

Inside, glass spheres are filled with liquid, and they have a calibrated medallion hanging from the bottom, showing a specific temperature. While each sphere has a different colored liquid, neither the color nor the type of fluid is essential. What's important is how they rise and fall based on the ethanol fluid's density at any given time.

Each of those metal tags showing the temperature also plays an important part. Each glass bubble has a metal tag with a unique weight, allowing it to float or sink when the liquid's density inside the thermometer changes based on the ambient temperature.

How Does a Galileo Thermometer Work?

While we've already described how the Galileo thermometer works above, let's explain the physics behind it in a little more detail. As we've noted previously, the thermometer's key component is the ethanol fluid, which changes in density as it is heated and cooled.

We should mention that the density of the glass bubbles themselves are all the same. Instead, it's the medallion counterweights hanging below that are slightly different in weight on each sphere. Each medallion or tag is calibrated to the density required to float in the ethanol liquid at a specific temperature. In most Galileo thermometers, this is either every two or four degrees of temperature.

We recommend watching the video below for a much more in-depth explanation of the science behind these thermometers. This video also does a great job explaining the physics concept of buoyancy, which is how the thermometer works. The buoyancy principle states that objects with a greater density than their surroundings sink and objects with a lesser density than their surroundings will float.

How to Read a Galileo Thermometer Reading a Galileo thermometer is quite simple. As the temperature changes, spheres will rise and fall within the glass tube. You will typically find a group of bulbs floating at the top, and another group sunk to the bottom. In between, there will likely be a bulb that is hovering by itself in the gap. Read the temperature on the medallion of the bulb floating in the middle. That is the current temperature.

However, this won't always be the case. You may find two groups of spheres with none in the middle. In this case, you'll need to take the average value between the lowest bulb's temperature in the top group and the highest sphere in the bottom group (the spheres directly above and below the gap). That will be the current temperature. This scenario will more frequently occur in models that have medallions with larger temperature increments between them.

Is a Galileo Thermometer Accurate?

The accuracy of your thermometer will depend on a variety of factors. The most important factor for accuracy is the placement of the device itself. Like a typical thermometer, you should place the Galileo thermometer in a shaded area away from direct sunlight. Avoid placing the instrument near heat sources or cold spots, such as windows and doors, and keep it away from HVAC vents and appliances.

One last factor determining accuracy is how the spheres are calibrated. If it is every two degrees, you should have no problem estimating the temperature with reasonable accuracy. However, as the interval between the medallions increases, more estimation comes into play, and thus more margin of error.

Finally, while the device can be used outside, it will work best indoors. The physics on which these instruments are based on works best within a specific temperature range—most thermometers will only have medallions for temperatures between 64 and 80-degrees Fahrenheit.

Of course, if you're looking for more accurate readings, we recommend a﻿n﻿ ﻿﻿indoor-outdoor thermomete﻿r or if you have the budget, consider browsing our list of the top home weather stations. But for getting a general idea of the temperature of a room, the Galileo thermometer is a viable option that is functional and decorative. 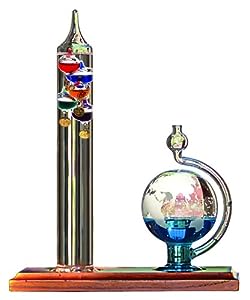 AcuRite is better known for its weather stations. However, it also produces various other weather instruments, including this Galileo Thermometer with Glass Globe Barometer. Based on the principles of Galileo's work, each instrument allows you to read both the temperature and atmospheric pressure on a beautifully designed desktop stand. The addition of the barometer is a nice touch. The water level in the spout of the glass globe reveals the variations in barometric pressure.

Reviews from buyers say that the thermometer and barometer are well constructed and look as great as it does in Amazon's pictures. You can't go wrong with the price either, which is considerably cheaper than some other Galileo thermometers we've seen.

AcuRite offers a one-year warranty on this thermometer and barometer, and while it's quite large at 13.1 x 9.5 x 5.6 inches, it weighs less than two pounds and can be placed just about anywhere that has a flat surface.

The Galileo thermometer is a decorative instrument that measures ambient temperature, and unlike the Fitzroy storm glass—it is reasonably accurate. We think it's an excellent option for those looking for a unique gift for a weather enthusiast. Its design and operation also make it an elegant addition to your home décor, as well as a conversation piece. The fact that it works makes it that much better.

Are you looking for even more weather gift ideas? We recently updated our list of more than two dozen useful and educational weather gifts suitable for meteorology enthusiasts of all ages. 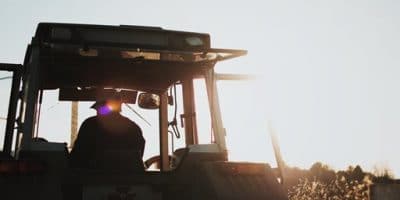 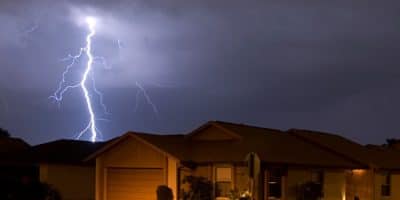 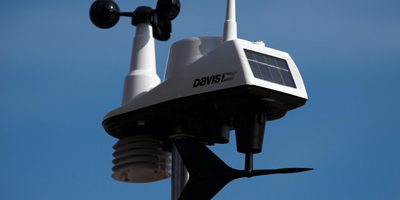 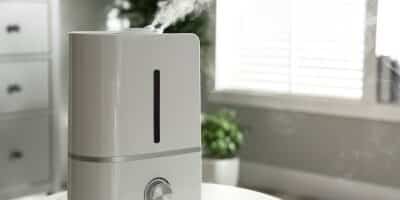